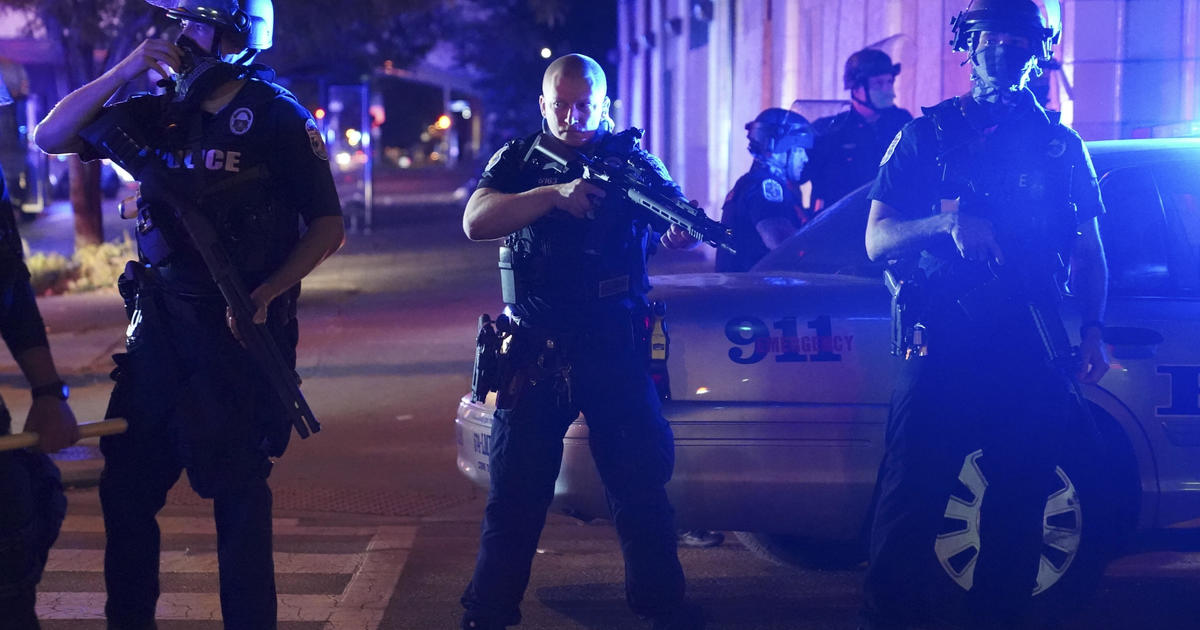 Two police officers were shot in downtown Louisville on Wednesday night amid protests over the death of Breonna Taylor, interim police chief Robert Schroeder said at a press conference. It’s unclear if the shooting was related to the protests — but it comes hours after the Kentucky attorney general announced that no officers were indicted for their role in the fatal police shooting of Black emergency medical worker Breonna Taylor.

At approximately 8:30, officers were called to respond to a large crowd and reports of shots fired, Schroeder said. While they were deploying, two police officers were shot.

Both officers are in stable condition, Schroeder said. One is alert, and the other is undergoing surgery. One suspect is in custody in connection with the shooting, and the FBI said it is assisting with the investigation.

Protesters took to the streets after Kentucky Attorney General Daniel Cameron said Wednesday that no officers would be charged in the death of Breonna Taylor. One former officer, Brett Hankison, was charged with wanton endangerment for shots fired into her neighbor’s apartment. The other two officers who opened fire in Taylor’s home, Detective Myles Cosgrove and Sergeant Jonathan Mattingly, were not charged.

At least 29 people have been arrested in the Louisville protests, according to CBS affiliate WLKY.

On March 13, police raided Taylor’s home to search for illegal drugs. Cameron said that as Mattingly attempted to enter the apartment, Taylor’s boyfriend, Kenneth Walker, fired a shot that hit him, prompting the officers to return fire. Taylor was shot six times, but Cameron said conflicting ballistics reports made it difficult to determine who fired the fatal shot.

Protesters began marching through Louisville soon after the attorney general’s announcement, chanting, “No justice, no peace.”

“We’ve been out here for 100-plus days, this is ridiculous, you know, it’s not fair. At the end of the day, how much is a Black woman’s life worth?” protester Carmen Jones told CBS News.

Demonstrators in other major cities across the country, including New York and Washington D.C., also protested against the decision.

Earlier in the day, Kentucky Governor Andy Beshear authorized the deployment of 500 members of the Kentucky National Guard to Louisville. Mayor Greg Fischer announced a citywide curfew from 9 p.m. to 6:30 a.m., and said city buildings would be closed.

“I urge everyone to commit once again to a peaceful, lawful response like we’ve seen here for the majority of the past several months,” Fischer said.