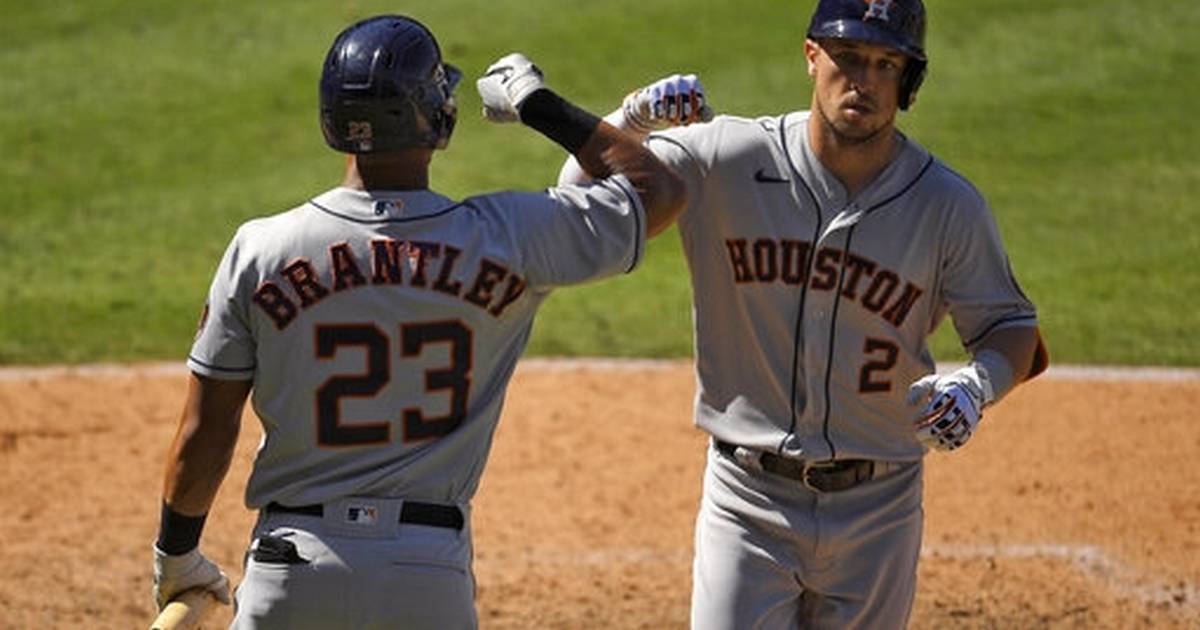 ANAHEIM, Calif. — Alex Bregman hit an RBI single in the 11th inning, and the Houston Astros rallied for a 6-5 victory over the Los Angeles Angels on Sunday.

Bregman also homered, and Josh Reddick delivered the tying RBI single in the ninth as the Astros took two of three at Angel Stadium. Blake Taylor (1-0) retired Brian Goodwin on a soft fly to center with the bases loaded to end it.

Albert Pujols hit a grand slam for the Angels, who got another rocky start from Shohei Ohtani in his first home mound appearance since June 2018.

Pujols’ blast in the third inning was his 658th career homer, but the Astros’ injury-plagued pitching staff came up big for the rest of the day.

Both teams scored in the 10th, with Kyle Tucker advancing on two fly balls in the Astros’ hitless half. Michael Hermosillo drove in Anthony Rendon with a leadoff single for the Angels, but Matt Thaiss took a called third strike from Taylor with two outs and the bases loaded.

Bregman drove in automatic runner George Springer in the 11th with Houston’s only extra-inning hit. The Angels loaded the bases in the bottom half with two walks, but Taylor finished strong.

The Astros got help in the 10th when Taylor Ward made a tough catch on Carlos Correa’s leadoff drive to right, but then apparently forgot about the automatic runner on second and took his time returning the ball to the infield, allowing Tucker to tag up.

Framber Valdez relieved erratic starter Josh James in the fourth and tossed six scoreless innings for the Astros before the Angels scored with their automatic runner in the 10th. Valdez’s 6 1/3 innings was the longest relief outing by an Astros pitcher since 1994.

Ty Buttrey had the most disappointing performance out of the Angels’ struggling bullpen, which has blown five saves in 10 games. Michael Brantley led off the ninth with a double, and pinch-runner Myles Straw scored on Reddick’s single.

Before the late drama, Ohtani’s latest struggles had the both teams’ full attention.

After a strong eight-pitch first inning, Ohtani walked his first three batters of the second. He struck out Houston’s next two hitters, but walked Dustin Garneau and George Springer to force in runs. Manager Joe Maddon pulled Ohtani after 50 pitches.

Ohtani failed to get an out last weekend in Oakland while facing six batters during the two-way star’s first start since returning from Tommy John surgery, which put an early end to his AL Rookie of the Year season in 2018.

At least Ohtani’s ERA is no longer infinite, and his velocity was in its customary high range before he tired.

Pujols cleared the bases after James walked them loaded in the third, driving his grand slam 437 feet. Pujols’ second homer since turning 40 in the offseason pulled him within two of Willie Mays (660) for fifth place in baseball history.

The grand slam was the 15th of Pujols’ career and his first since June 2017. He has hit 60 homers against the Astros, the most by any opponent.

Astros: Closer Roberto Osuna went on the injured list with right elbow soreness and flew back to Houston for an MRI exam. He abruptly left Houston’s loss Saturday in the ninth inning.

Angels: 2B Tommy La Stella sat for the second straight day with a stiff neck.

Astros: Manager Dusty Baker hasn’t said who will start Tuesday night when the Astros open a three-game series at Arizona.

Angels: Manager Joe Maddon hasn’t said who will take the mound Tuesday night in Seattle to open a six-game road trip. Julio TeherÃ¡n could make his Angels debut after a late start to the season due to COVID-19, or opening-day starter Andrew Heaney could pitch on regular rest.