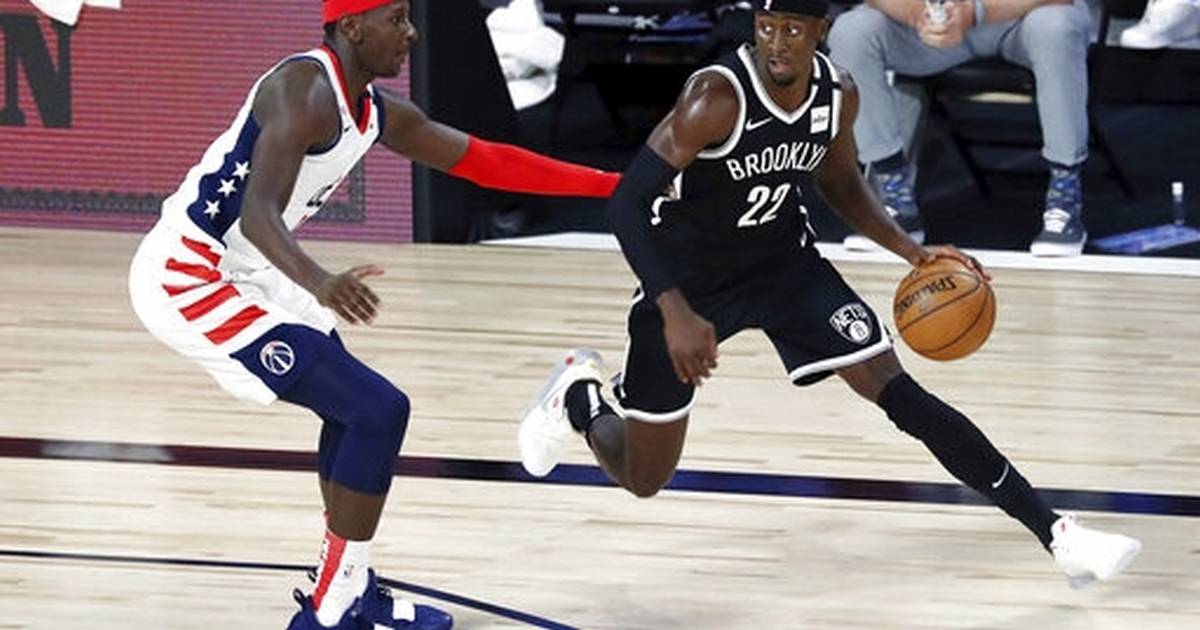 LAKE BUENA VISTA, Fla. — Caris LeVert scored 25 of his 34 points in the second half to help the Brooklyn Nets beat the Washington Wizards 118-110 on Sunday and move closer to a playoff berth.

Joe Harris scored a season-high 27 points and Jarrett Allen added 22 points and 15 rebounds for the Nets, who bounced back from a loss to Orlando in their first seeding game. The Nets are now seven games ahead of ninth-place Washington in the Eastern Conference standings.

Thomas Bryant had a career-high 30 points and 13 rebounds, and Troy Brown Jr. added 22 points, 10 rebounds and eight assists for the Wizards.

Both teams were short-handed. The Wizards entered the bubble without their top two scorers, Bradley Beal and Davis Bertans. The Nets are without DeAndre Jordan, Spencer Dinwiddie and Taurean Prince because of positive coronavirus tests before the restart. Wilson Chandler also is not playing.

Nets: Allen set the team record for dunks in a season. His 170 jams last season tied Kenyon Martin (2002-03) for the most in a season since the stat first was kept during the 1997-98 season. He entered the game with 169 this season and had two against the Wizards. … G Jamal Crawford was not available because of conditioning.