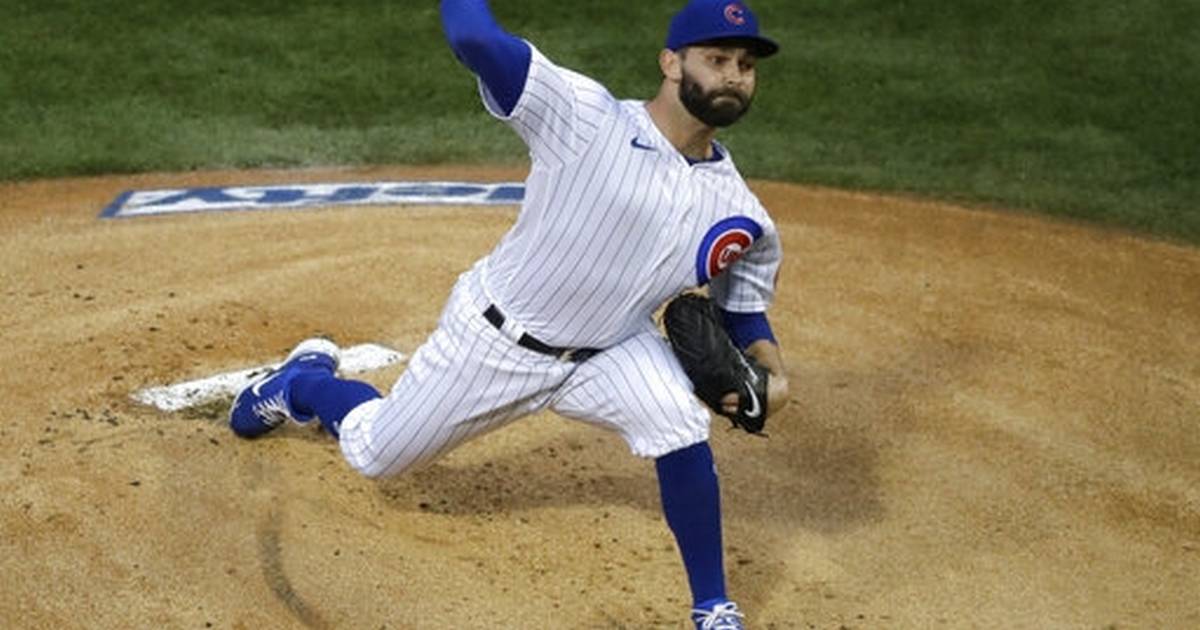 CHICAGO — Tyler Chatwood matched a career high with 11 strikeouts in another terrific performance, and the Chicago Cubs used the long ball to beat the Pittsburgh Pirates 4-3 on Saturday night.

Javier BÃ¡ez, Kyle Schwarber and Ian Happ homered as Chicago won for the fifth time in six games. The Cubs have gone deep in each of their first eight games for the first time since 1958.

Schwarber’s two-run shot in the eighth made it 4-0 and led to chants of ‘œKyle Schwarber! Kyle Schwarber!’� from a vocal rooftop crowd in foul territory in left.

‘œHe’s a strong man and we’ve got a real powerful lineup,’� manager David Ross said, ‘œand that’s what happens when you start from pitch one and grind at-bats and try to see pitches and are on the attack as far as your approach.”

Chatwood (2-0) departed after Pittsburgh loaded the bases with two out in the seventh. Jeremy Jeffress came in and retired Phillip Evans on a grounder to third.

The Pirates got three in the ninth on Colin Moran’s two-run homer off Kyle Ryan and Gregory Polanco’s run-scoring groundout. But Rowan Wick coaxed pinch hitter JosÃ© Osuna into a fielder’s choice for his third career save.

Ross stayed away from Craig Kimbrel one day after the closer surrendered home runs by Josh Bell and Moran in the ninth inning of a 6-3 victory.

‘œIt’s going to be daily with him, daily conversations,’� Ross said. ‘œHe threw a pretty intense bullpen today trying to work out some things.’�

Chatwood had control issues in his first season with Chicago in 2018, but the right-hander was better last year. He is off to a great start in 2020, allowing one run and six hits in 12 2/3 innings over his first two outings.

‘œObviously you want to get off to a good start, but I felt good second half of last year,” Chatwood said. ‘œI felt good in spring training and what I was able to continue doing during that off period, I felt like I kept getting better. And now obviously it’s fun to put it in play against an opposing team.’�

The Pirates finished with six hits in their fourth loss in five games. They began the day with a major league-low .177 team batting average.

Pittsburgh also lost Mitch Keller (1-1) in the third inning because of left side discomfort. The right-hander, one of the team’s top young arms, was visited by a trainer after he bounced a curveball to Willson Contreras with two out. After a short conversation, he walked off the mound and was replaced by Chris Stratton.

The 24-year-old Keller surrendered long drives by Happ and BÃ¡ez earlier in the inning. Happ’s one-out shot traveled an estimated 405 feet, and BÃ¡ez’s 448-foot blast hit the batter’s eye in center with two out.

‘œWe’re playing really good as a team,’� BÃ¡ez said. ‘œWe’re giving everything to the team.’�

Pirates right-hander Michael Feliz also departed with an apparent injury after he was unable to record an out in the eighth.

Shelton said Keller and Feliz were being evaluated, and the team probably would have an update on Sunday.

Ross said Bryant would get a rapid response coronavirus test Sunday morning as a precaution, but the team thought it was just a stomach issue.

Cubs: LHP JosÃ© Quintana (thumb surgery) threw 38 pitches in a bullpen session. He is scheduled for another bullpen on Monday. … Contreras was hit on his left forearm by a pitch in the sixth, but he stayed in the game.

Steven Brault and Jon Lester start the series finale in a matchup of left-handers. Brault threw two scoreless innings for Pittsburgh on Monday night before its home opener was delayed by rain. Brault likely will be followed by right-hander Chad Kuhl, part of an early season experiment by first-year manager Derek Shelton. Lester (1-0) pitched five hitless innings in his first start Monday at Cincinnati.

Jay Cohen can be reached at https://twitter.com/jcohenap