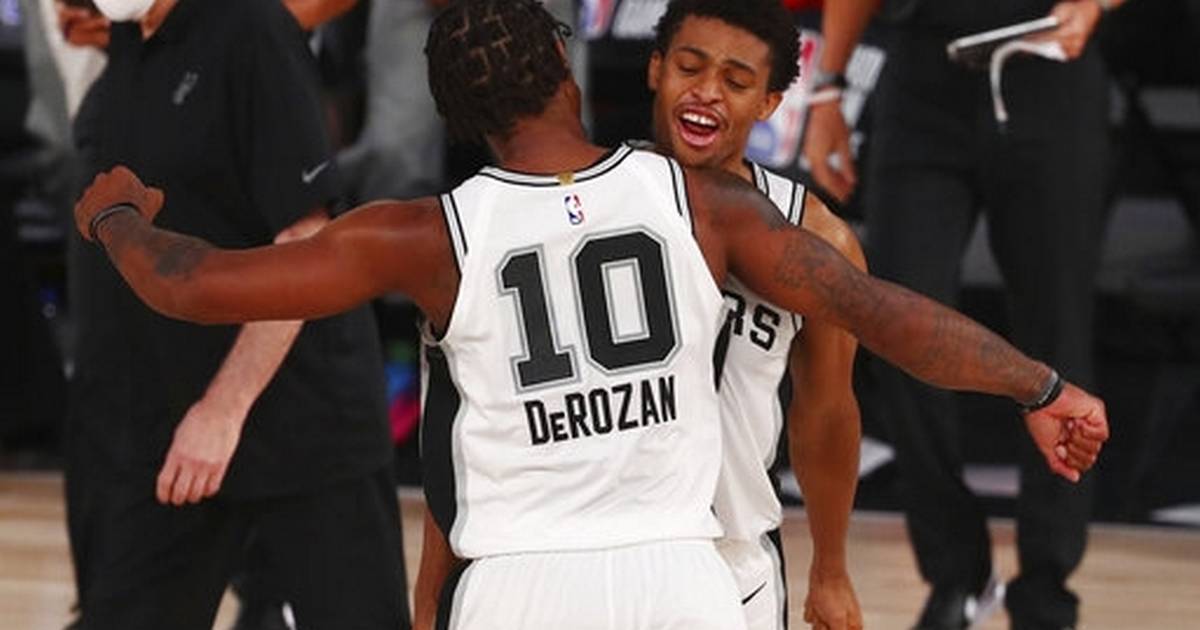 LAKE BUENA VISTA, Fla. — DeMar DeRozan scored 17 of his 27 points in the fourth quarter to help the San Antonio Spurs pull away and beat the Sacramento Kings 129-120 on Friday night.

Derrick White matched a career high with 26 points in San Antonio’s first game of the restart. The Spurs needed to find offense because LaMarcus Aldridge, the team’s No. 2 scorer, had shoulder surgery in April and will not play in the restart.

Before the game, coach Gregg Popovich and assistant Becky Hammon stood for the national anthem while the remainder of the coaches and players for both teams knelt.

De’Aaron Fox scored a career-high 39 points and Bogdan Bogdanovic added 24 for the Kings, who are trying to break a 13-year playoff drought.

The teams flipped positions in the standings, with the Spurs moving a half-game ahead of the Kings. Both are in the cluster chasing the Memphis Grizzlies for the No. 8 spot in the Western Conference.

The Kings led 65-64 at halftime behind 20 points from Fox. The Kings shot 57 percent before the break. White scored 15 points in the first half.

Kings: Announced Friday that Harrison Barnes and his wife Brittany are donating more than $200,000 to nonprofits that were created by the families of victims of police brutality and gun violence. … Were assessed a technical foul for delay of game in the third quarter.