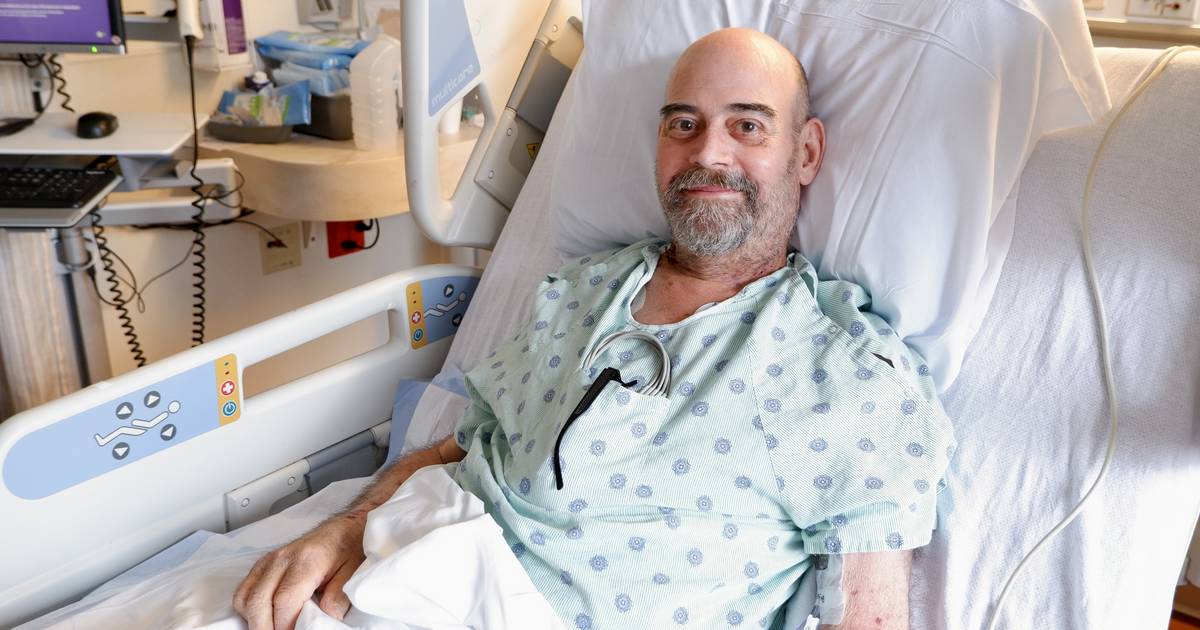 A Lake Zurich man who was one of the first COVID-19 patients in the nation to undergo a double-lung transplant thought the virus was a hoax until he contracted it.

“This disease is not a joke,” 62-year-old Brian Kuhns said during a news conference at Northwestern Memorial Hospital in Chicago. “I was perfectly healthy. This thing took me down hard.”

Kuhns appeared at the media event with fellow double-lung-transplant recipient Mayra Ramirez, a 28-year-old Chicagoan who was the first coronavirus patient to undergo the procedure.

Ramirez had the surgery at Northwestern Memorial Hospital on June 5. Kuhns underwent the procedure July 5.

Both patients spent weeks in the hospital’s COVID intensive care unit on life-support machines, but they’re now breathing on their own without supplemental oxygen.

Kuhns, who owns an automotive repair shop in Schaumburg, first experienced stomach pains, a fluctuating temperature and other COVID-19 symptoms in March, according to a news release from Northwestern Memorial. When he developed a cough, Kuhns sought medical assistance and was admitted to a hospital.

“Everything happened so quickly,” Kuhns said. “One minute I’m running my business, and the next minute I’m spending 100 days on a life-support machine.”

Eventually he was transferred to Northwestern Memorial for consideration for a double-lung transplant.

The surgery took 10 hours — a few hours longer than normal due to damage to the lungs and in the chest cavities from the virus, according to the news release.

“Mayra and Brian are living proof of that,” Bharat said.

Thoracic surgeon Dr. Rafael Garza Castillon said Northwestern is now considering performing the procedure on other patients who’ve eliminated the virus and have no other significant organ failure.