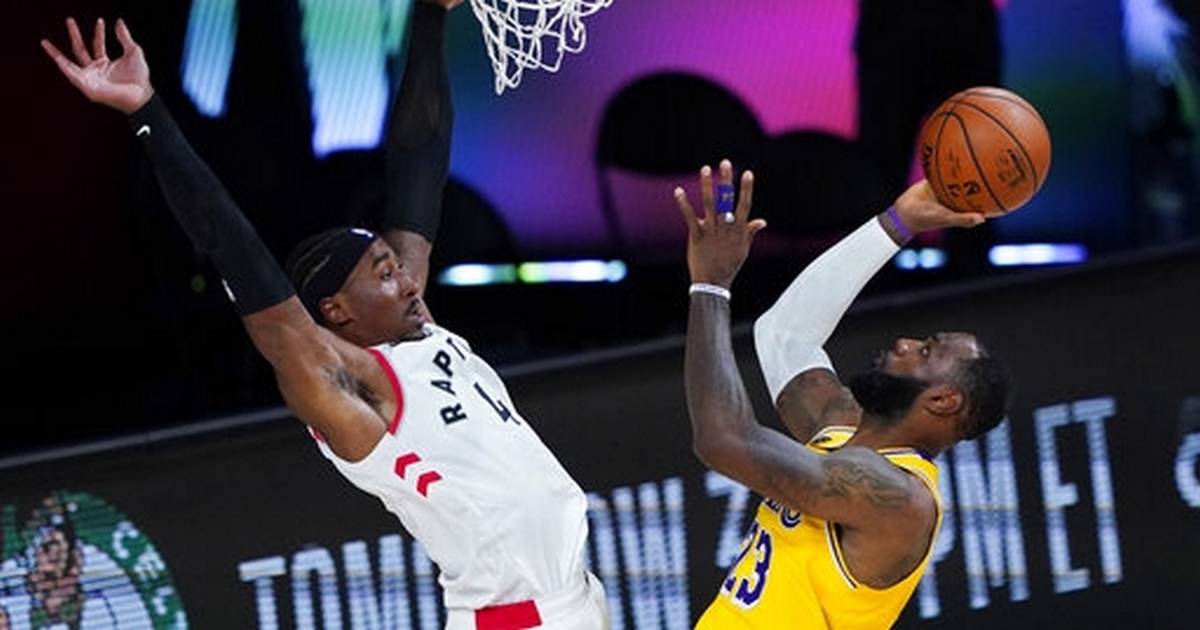 OG Anunoby scored 23 points for the Raptors, the second-place team in the Eastern Conference. They haven’t lost to Los Angeles since the 2014-2015 season.

Lowry had a strong second half to help turn back a surge by the Lakers, the Western Conference leaders who are 1-1 in the restart. The Lakers’ magic number for clinching the top seed in the West remains at one.

‘œHe was vintage Kyle tonight,’� coach Nick Nurse said. ‘œHe was scoring and flying around and taking charges and competing and getting us some critical buckets. He was great.’�

Lowry was all for a full-speed reentry.

‘œNick says he’s going to kind of ease us back in and use it as an exhibition,’� Lowry said. ‘œWe’ve got too many competitive guys that want to go out there and play and hoop and win games, especially against the guys like the Lakers and with the team that’s No. 1 in the West. The competitive juices get going.’�

LeBron James had 20 points and 10 rebounds, and Anthony Davis had just 14 points after he scored 34 in a win against the Los Angeles Clippers in their first game back on Thursday night. Kyle Kuzma scored 16.

The Lakers shot a season-low 35.4% from the field.

‘œI don’t think there’s anything you can do better,” James said. “You execute your offense to get the best shot and we did that tonight. We went 10 for 40 from the 3-point line. I believe a lot of those 40 3s are great looks after getting to the point, knowing what they’re going to give up. We just have to step up and knock them down.’�

James hit consecutive 3-pointers for a 76-72 lead early in the fourth quarter.

Anunoby responded with consecutive 3s for a 78-76 lead. The Raptors continued to pull away and Anunoby made a layup for a 90-83 lead.

With James and Davis struggling, the Raptors jumped to a 13-0 lead behind Anunoby and Lowry before the Lakers got back into it behind their bench.

The Lakers’ reserves outscored the Raptors 13-2 in the first quarter and 31-6 in the first half to help Los Angeles to a 44-41 halftime lead. Kuzma had nine points and Alex Caruso seven.

James had seven points and Davis just one in the first half.

The Raptors ‘œdid a great job of really making other people beat them,’� Kuzma said. “I think for most of the game they double-teamed Anthony and LeBron in the post and kind of left a lot of guys open to make some shots. We just didn’t hit shots tonight. We got what we wanted, great shots, open shots. It was tough for us to hit ’em.’�

Raptors: Toronto’s last regular-season game was March 9 at Utah, when it completed a five-game Western Conference road trip. … Due to travel restrictions in Canada, the Raptors reconvened on June 22 in Fort Myers, Florida, to prepare for the resumption of the season.