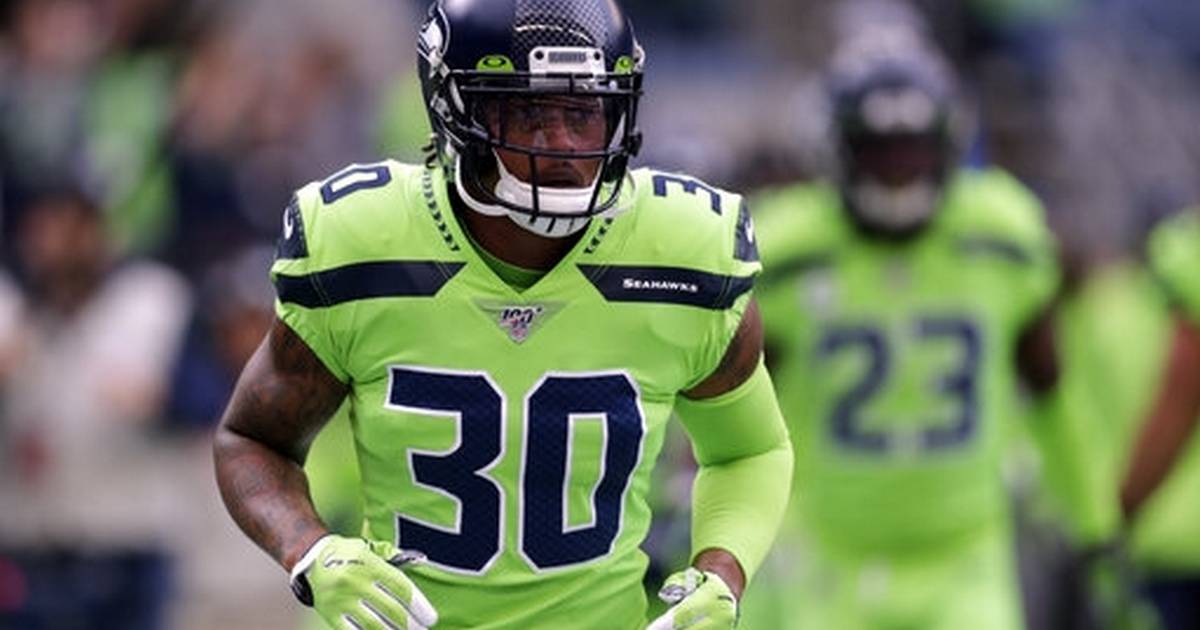 NEW YORK — Bradley McDougald was enjoying a meal while out with his family last Saturday when his phone rang.

He looked down, and it was Seattle Seahawks general manager John Schneider. The veteran safety suddenly got nervous.

‘œI thought I was in trouble,’� he said with a smile during a video call Friday. ‘œBut then I realized I hadn’t done anything, so then it was like, ‘˜OK, this is weird. You don’t really talk to the GM every day.’�

McDougald called Schneider back and received the stunning news: The Seahawks had just traded him, along with a 2021 first-round draft pick, a 2022 first-rounder and a 2021 third-rounder to the New York Jets for safety Jamal Adams and a 2022 fourth-rounder.

‘œIt was almost like his voice echoed in my head and he continued to speak for like two more minutes and all I heard in my mind was, ‘˜Jets … Jets … Jets,”� McDougald recalled. ‘œAnd I was like, ‘˜Wait. You just said I got traded to the Jets?’ Like, it hadn’t even processed yet.’�

The 29-year-old McDougald was part of a blockbuster deal – ‘œIt’s an honor, I guess’� – that suddenly had him on the move after three solid seasons in Seattle. McDougald needed a few moments to gather his thoughts on his new situation.

‘œAt first, I was kind of struck,” he said. “I felt abandoned, like they just kicked me out, like they didn’t care about me or value me there. But then I started to think about how much of a blessing this was and another opportunity. You know, it’s actually a better space for me to be in.

“I can come into a program that wanted me to be there.’�

The major focus of the trade from the Jets’ perspective is the high draft picks, part of a haul that New York general manager Joe Douglas acknowledged was ‘œone we could not ignore.’� The inclusion of McDougald, however, is more than just a case of a veteran simply being thrown into a deal.

McDougald comes to the Jets with lots of experience. He was signed by Kansas City as an undrafted free agent out of Kansas in 2013 and played four years in Tampa Bay before signing with Seattle in 2017. With the Seahawks, McDougald was a valuable part of the secondary while replacing both Earl Thomas and Kam Chancellor because of injuries.

‘œWe’re really excited to bring Bradley McDougald into the fold,’� Douglas said. ‘œHe’s a good football player. He’s a guy that can help us.’�

McDougald has his sights set on being more than just the answer to a trivia question. Sure, he was traded for an ascending player with an All-Pro selection and two Pro Bowls already under his belt. But, McDougald knows he has stuck around the league this long for a reason.

‘œThey did their homework on me when they traded for me,’� McDougald said of the Jets. ‘œSo I had to start thinking about all the positives, you know? I’m not the first guy to ever get traded and I’m not going to be the last guy to get traded to a team. So I had no time to feel sorry for myself or focus on anything negative other than just coming into a new program, earning my respect from the players and the coaches, and go out there and being the best me in New York.’�

McDougald will likely step into Adams’ starting spot opposite Marcus Maye as the Jets’ top two safeties. He pointed out his versatility as a strength, able to play in various spots in the secondary – something defensive coordinator Gregg Williams covets. McDougald also highlighted his solid tackling skills and ability to play in man-to-man coverage, particularly being matched up against opponents’ tight ends.

He recognizes there will be inevitable comparisons to Adams. McDougald has been through it before when he took over for Thomas and Chancellor.

‘œBut I still found my way to be successful,’� he said.

McDougald calls this a ‘œfresh start’� in New York, and a chance for him to continue to establish himself in the league.

And, not be in anyone else’s shadow.

‘œI can’t be Jamal. I’m not the same person as Jamal,” McDougald said. “The only thing I can do is show up every day and be the best Bradley McDougald. And then hopefully that wins my coaches, my players and the fans over. And that’s who I intend on being and why I’m here.’�

NOTES: McDougald has spoken to former Seahawks teammate Jadeveon Clowney about joining him in New York. He said he would lobby for the team to sign the free agent edge rusher. ‘œHe’s a locker room guy,’� McDougald said. ‘œHe loves to play the game. He’s young and he’s as healthy as he’s ever been. … I would definitely go to bat for Jadeveon Clowney.’�