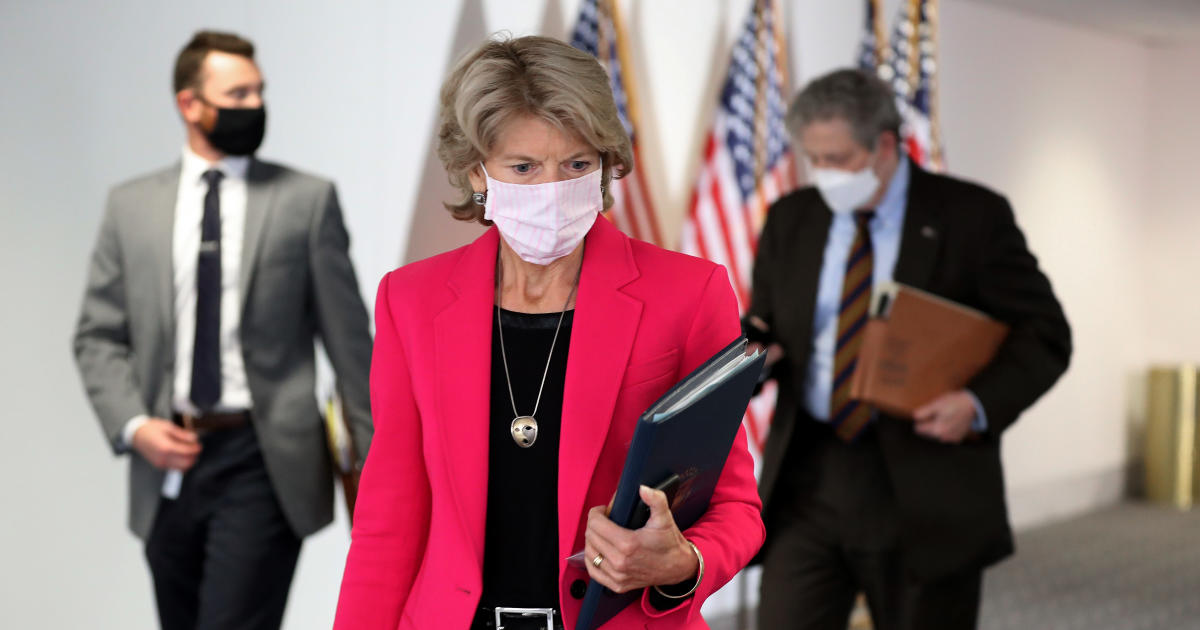 Washington — Senator Lisa Murkowski of Alaska, a Republican senator whose vote will be key as the Senate weighs confirmation of a Supreme Court nominee following the death of Justice Ruth Bader Ginsburg, announced Sunday she is opposed to moving forward with filling the vacancy given the close proximity to the general election.

“For weeks, I have stated that I would not support taking up a potential Supreme Court vacancy this close to the election. Sadly, what was then a hypothetical is now our reality, but my position has not changed,” Murkowski said in a statement. “I did not support taking up a nomination eight months before the 2016 election to fill the vacancy created by the passing of Justice Scalia. We are now even closer to the 2020 election — less than two months out — and I believe the same standard must apply.”

Ginsburg, a pioneer for women’s rights who served on the Supreme Court for 27 years, died Friday at 87 due to complications of metastatic pancreatic cancer, sending shockwaves through the country. Her death kicked off a fierce partisan brawl over confirmation of a successor, with President Trump vowing to name a Supreme Court nominee in the coming days and pressuring the Senate to confirm his pick swiftly.

Senate Majority Leader Mitch McConnell has vowed Mr. Trump’s nominee will receive a vote on the Senate floor, promoting Senate Democrats to accuse their Republican colleagues of hypocrisy because of the failed nomination of Judge Merrick Garland in 2016. Former President Barack Obama nominated Garland, of the federal appeals court in the District of Columbia, to fill the seat opened by the death of Justice Antonin Scalia in February 2016, but Republicans refused to hold a confirmation hearing for Garland, arguing voters in the 2016 election should have a say in who fills the vacancy.

Questioned about why 2020 is different from 2016, with the election now less than 50 days away, McConnell and other Republican senators have said the White House and the Senate are now both controlled by the same party, the GOP.

McConnell is, however, facing opposition to charging ahead with a nominee from within his party. In addition to Murkowski, Senator Susan Collins, a Republican from Maine, said Saturday she does not believe the Senate should vote to confirm a Supreme Court nominee before the election November 3.

While Mr. Trump said Saturday he would announce his nominee this week, it’s unclear how quickly the confirmation would move through the Senate.

GOP Senator Roy Blunt of Missouri said on “Face the Nation” that the process “should take as long as it needs to take, but no longer.”

“There is plenty of time to get this done. But to get it done before Election Day, everything has to work, I think, pretty precisely,” he said. “Ruth Bader Ginsburg was confirmed, nominated and confirmed, in 40 days. Other justices have taken longer than that. And I don’t know how this process will move forward.”

Blunt defended the decision by the president and McConnell to move ahead with confirming a nominee, saying “the Constitution prevails here in terms of how we do this.”

“Two things have to happen for a person to go on the Supreme Court. And in the tradition of the country, when the Senate and the president were in political agreement, no matter what was the election situation, the judges went on the court and other courts,” he said.

Senate Democrats have few, if any, tools at their disposal to block confirmation of Ginsburg’s successor by the GOP-controlled Senate. But Senator Cory Booker, a Democrat from New Jersey, said there should be a moral appeal to Republicans to wait until a potential new president is sworn in.

“For them to go against their word is pretty significant in the public space in terms of their own honor and legitimacy. So we’ll see how that plays out,” he said on “Face the Nation.” “And in addition to that, the election has already begun. If there’s any more convincing that the public needs about what’s at stake, we see some of the most fundamental ideals of our nation that have been settled in many ways, the right for a woman to control her body, the basic understanding of civil rights law, all of that now is in the balance. And I think that this should motivate people significantly to speak up, let their voices be heard and be involved in this process.”

Booker warned that confirming Mr. Trump’s nominee would do “a tremendous amount of damage to the institution of the Senate as well as to the legitimacy of the court.”

“We’ve got to start stepping back and having our larger view of history,” he said. “It’s not just the hotly contested issues of civil rights and women’s rights and LGBTQ rights, all that’s really in the balance here, but also the long term strength of our democracy and the institutions that are so critical to our success as a nation. This is one of those moments where I wish we would step back and take a beat and understand what we’re doing and the consequences and how they could radiate throughout time.”